Interesting and Little-Known Facts About Your Toilet 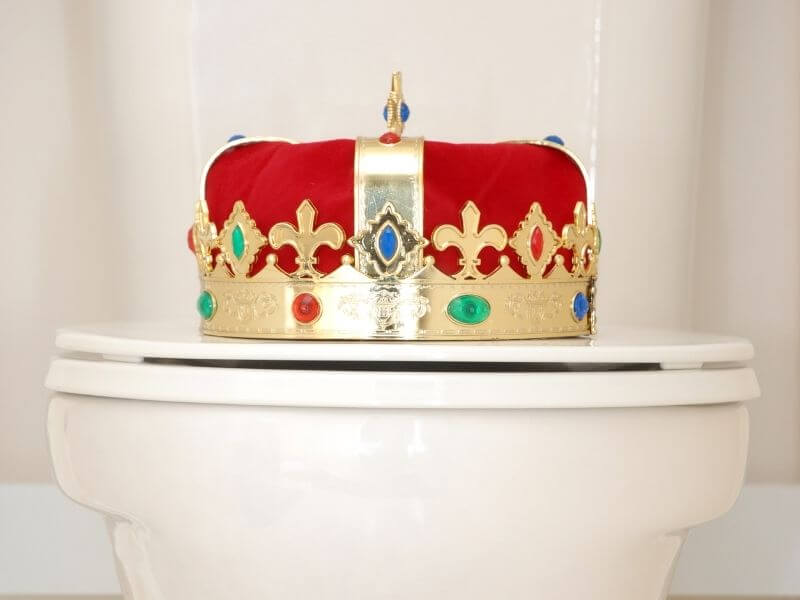 We use it everyday. In fact, statistics say that the average healthy person uses it between 5-7 times per day. But, how much do we really think about the toilets in our house?

These plumbing fixtures are an essential part of every modern household in the Western world and help us to maintain a sanitary living space. Today, we have come to take ceramic or stainless steel “thrones” for granted, and we don’t give a lot of thought to their existence. But, they are really a revolutionary bit of technology which continues to evolve to this day. Here are a few little-known facts about the pot, the bowl, the john, the privy, or whatever other name you have for it.

Sanitation has been a concern for society since the very beginning. In some parts of the world, it’s still a problem. In some communities human waste can be deposited just about wherever it can be placed, and this can be troublesome if those places are around fresh water supplies.

Today’s toilets are typically emptied into sewer or septic systems where they are safely able to be carried away.

In ancient Rome, there were, in fact toilets… but these were communal bathrooms, and co-ed at that. They consisted of long boxes with holes in them. Running water which flowed under the seats removed waste away from the town or city. But, don’t expect there to have been toilet paper… people often used communal scrub brushes made of sponges soaked in vinegar. YUCK!

In medieval times, you might find a seated toilet in a castle, but it often simply sent the waste to an area on the ground outside.

In some areas including modern campgrounds and even some homes, you might still find outhouses where plumbing isn’t available.

The first flush toilet was invented by Sir John “the john” Herrington. In 1596, he dubbed his contraption a “jake.” Unfortunately for him, his invention has been named after him instead.

Another person whose name is synonymous with the toilet is Thomas Crapper. In the 1880’s, he was a sales leader with his innovation to use a siphon system to empty the tank rather than to use the floating valve used in previous models. Today, “the crapper” is another term we use to reference our toilets.

Today, in places like Japan, technology has taken over the toilet industry where there are voice-activated flush systems, programs for automatic bidets, and even perfume dispensing to freshen up one’s “netherregions.”

They consume a LOT of water

Toilets are the number one reason why most water bills are high. A family of four can flush the toilet as many as 20-35 times per day. Older conventional toilets can use between 5-7 gallons of water per flush, but today there are more efficient models which can use under 2 gallons. Still, we’re looking at between 40-130 gallons of water going down the tubes everyday in just ONE house. Quick fact: in America, Superbowl Sunday registers the most flushes of the toilet in the year!

The average person spends about three years of his or her life on the toilet.

The average life expectancy of a toilet is about 15 years.

Most toilets flush in the musical note of E-flat.

There really are two kinds of plungers… don’t get them confused!

When you are at the hardware store, you may notice two different kinds of plungers. The one with a flat rim are used for sinks, showers, and bathtubs. But, if you need to unclog a toilet, you want to use a toilet plunger which narrows at the bottom to fit into the toilet drain.

Of course, if you need help unclogging your toilet, you can count on the plumbing experts at DRC Plumbing and Sewer. Give us a call at 708-203-7057 to talk to a plumber today! Be sure to add us to your phone contacts so we’re on speed dial!